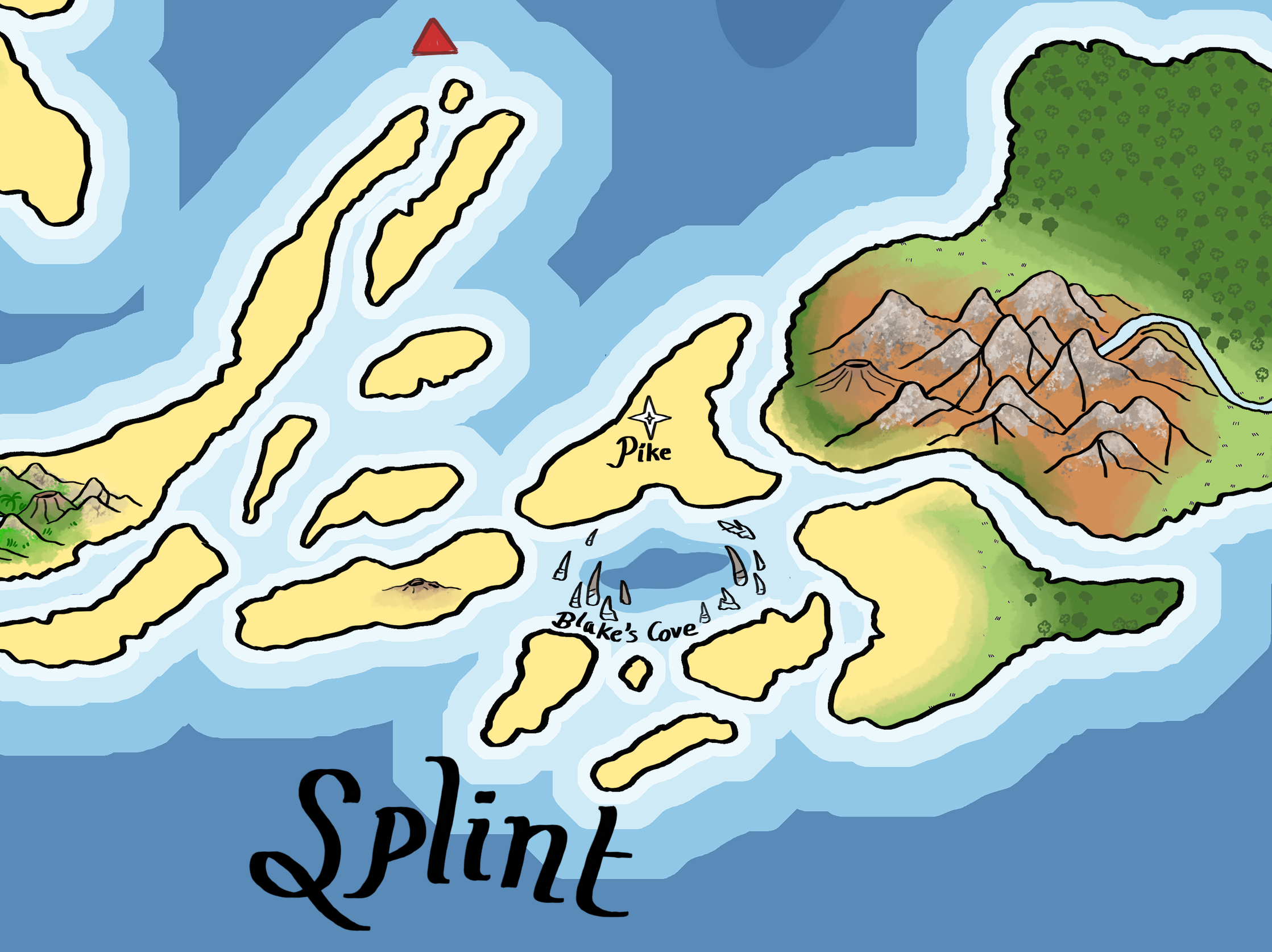 Splint features several islands and atolls with temperate beaches and lush deciduous forests. Below the surface, there exist many caverns, subaquatic caves, and underwater mountains. Some of these underwater mountains break the surface and protrude out of the water as jagged spikes, in a region known as Blake's Cove.

The people of Splint are a loose coalition of those brought together by their mutual hatred of Ley’ork. Largely comprised of the poor, exiled, and meek, the people of Splint have made it their goal to be free of Ley'Ork's clutches. With the near constant support of Ruefang, Splint is in the midst of a rebellion against Ley’ork, its people bonding together in an anarchist fashion. Eschewing a traditional governmental structure, there is nothing more despised in Splint than power over others. Those who fashion themselves hierarchy are usually the first to meet an untimely demise.