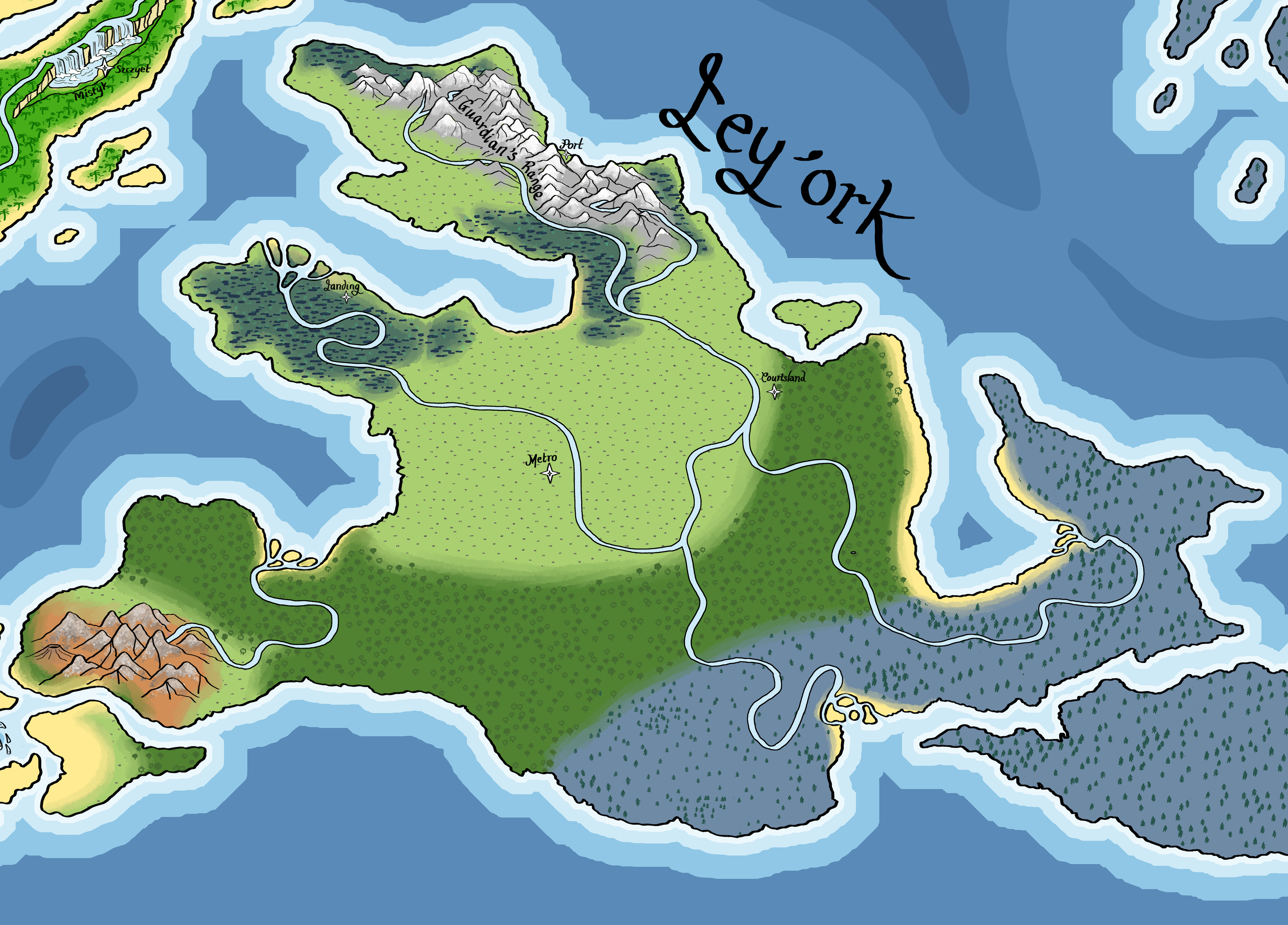 The enterprising industrialists in charge of Ley’ork are a forward thinking bunch that sacrifice anything in the name of expansion and growth. Fostering a culture where one’s work comes to define the aspect of their being, the norm is that productivity is the only factor in one’s success in not only Ley’ork, but in life. Forgoing a traditional governmental structure, the leaders of Ley’ork are determined in an electoral system, though the number the votes an individual gets is proportional to the amount of property a person has. Property only reaps votes if it is actively being worked by employees, children, or being rented out for use by others. Due to this, the government system more closely represents an aristocracy of an elite few families. Having children is viewed as a societal duty. Functionally, they can inherit/work your property and thus continue the values of your family with their ballot. Many of the wealthiest families have arranged marriages for their children to foster mutually beneficial relationships amongst their family businesses and political views. This has led to a few families gaining nearly all the control in Ley’Ork economically and politically, as well as running the Harena Trade Union of Cahyali (HTUC). They are listed below, as well as their major interests and holdings:

Metro is the capital of Ley'Ork, and is a sprawling commercial trade center. The only portal to Jearn exists in the Metro Trade Center, the central hub of business and commerce in the city. Surrounding this building are miles of commercial shopping centers. To the southwest, smokestacks and plumes of smoke and steam billow into the sky, creating a layer of haze that sits over the city like a shroud. To the northeast, three massive steel towers pierce into the sky, and docked to varous points along each of the towers are dozens of steam zeppelins. Out west, the Cahyali Intelligence Agency has its headquarters, sponsered and funded for by the HTUC.

Ley'Ork Spire is the true commercial center of Ley'Ork, physically situated in the center of the country. It contains the headquarters for the various aristocratic families and companies of Ley'Ork and the HTUC. The very center of the city used to house a massive spire shaped similar to the Space Needle, for which the city was named, but has now been replaced by a new scyscraper, Berns Tower. It pierces the sky and haze, and is mostly filled with various electrical generators and capacitors. Laid in the ground, connecting the various cities of Ley'Ork like a subterranean copper spider's web. are massive conductive cables that supply electricity to each city, directly controlled and maintained by the Berns Family, in tandem with the other leading families of Ley'Ork.

Port sits on the thin strip of land and beach cradled between the ocean and the Guardian's Range. Most of the town consists of a massive bazaar of various boats and tents from other countries and factions selling wares. While most of the goods that come though are above board, Port also features numerous underhand dealings in magical items or materials. Traders here skirt a fine line with Ley'Ork laws and customs, many smugglers from the Ystervuis and other factions and organizations that deal in magic will stay in international waters just beyond Ley'Ork's jurisdiction and sell goods from afar, hiring various smugglers to bring it into the city. A sprawling dock with small rowboats and dinghys float on the water, as large ships drop anchor in the bay.

The University of Ley'Ork is also found in Port, on the south side, built into the foot of the mountains itself. The college is known for their school of business and great number of alumni in the Harena Trade Union of Cahyali (HTUC). The most talented and coveted entrepreneurs often hail the University of Ley’ork as their alma mater.

The Nohrd Hills are a group of hills and mountains located on the southwest coast of Ley'Ork, on the border to Splint. It is rumored to be full of various tunnels and orc settlements, and is generally avoided as the main front of the rebellion between Splint and Ley'Ork. It's a dangerous terrain of mountains, steep cliffs, and dark caves.

Annual Steam Zeppelin Race - Each year, near the beginning of Murh, a steam zeppelin race is held that tours the entire country. Winners of the race are given a hefty monetary reward, as well as given connections to significant members of the Lay'Ork elite for starting entrepreneurial businesses. It is also an excellent way for existing businesses to feature advertisements, commercials, and deals, as well as a way for drumming up Ley-Ork tourism.

1) , 2)
nothing has been established about this city yet. If you run here, send a ping to the Story Coordinator to view your Adventure Writeup and add details here.
settings/cahyali/leyork.txt · Last modified: 2021/03/21 01:17 by eliu