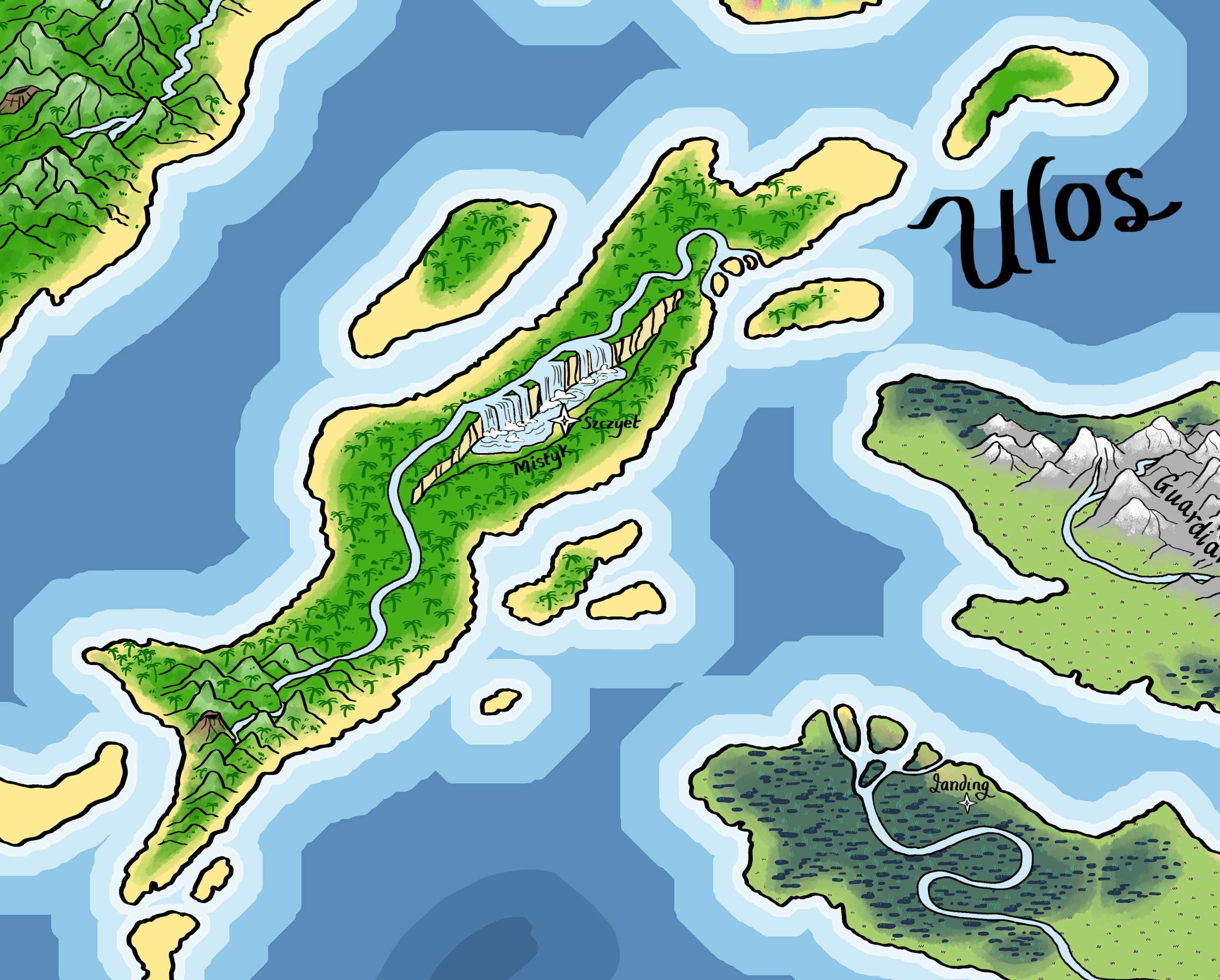 Ulos features a beautiful beach and a hot tropical rainforest. Through the middle of the rainforest is a large ravine called the Mistyk, which is an incredibly popular tourist attraction, known worldwide for the beautiful wall of waterfalls that span for miles.

The island of Ulos is widely regarded as the center of the arcane arts in Cahyali, having one of the highest concentrations of magic users. The beachy climate of Ulos provides a respite from the thundering dangers of the outside world. With little economic disparity, Ulos prides itself on art, culture, and the creative productions of its people. Less populous than most other areas of the world, the people that do live in Ulos live in relative comfort, deriving their livelihoods from the skills they acquire. Education is the second emblem of Ulos, as it’s relative ease of access to those who live on the island provides for a reasonable standard of living. Those who reject the traditional lifestyle of Ulos tend toward a life of fishing - finding solace in solitude. Ulos itself marks a massive division between salt and freshwater, providing extreme marine biodiversity. Some of the more powerful mages of Ulos have themselves experimented on the outskirts of the brackish waters, attempting to peer into the depths of magic itself in search of knowledge…

The Ulos Magic Circle is a well known university for those that wish to study magic of all types. They tend to be not quite as famous as Ruefang universities, but tend to focus more on elemental mastery of a single type, whereas Ruefang focuses on a broader education involving secular topics. The Ulos Magic Circle upholds ideals of integrity and honor, standing against evil with the martial schools of Ruefang as part of The Kinland Order.

Not well known is the Underground School of Magic that is located in Ulos. It’s an underground school where only those that are invited are capable of attending. Those admitted are expected to research and create a large amount of new magical spells and knowledge. Graduates often move on to become power mages in the employ of wealthy businessmen or leaders of other smaller groups of magi. The mages from this secretive school are usually also members of the Ystervuis.