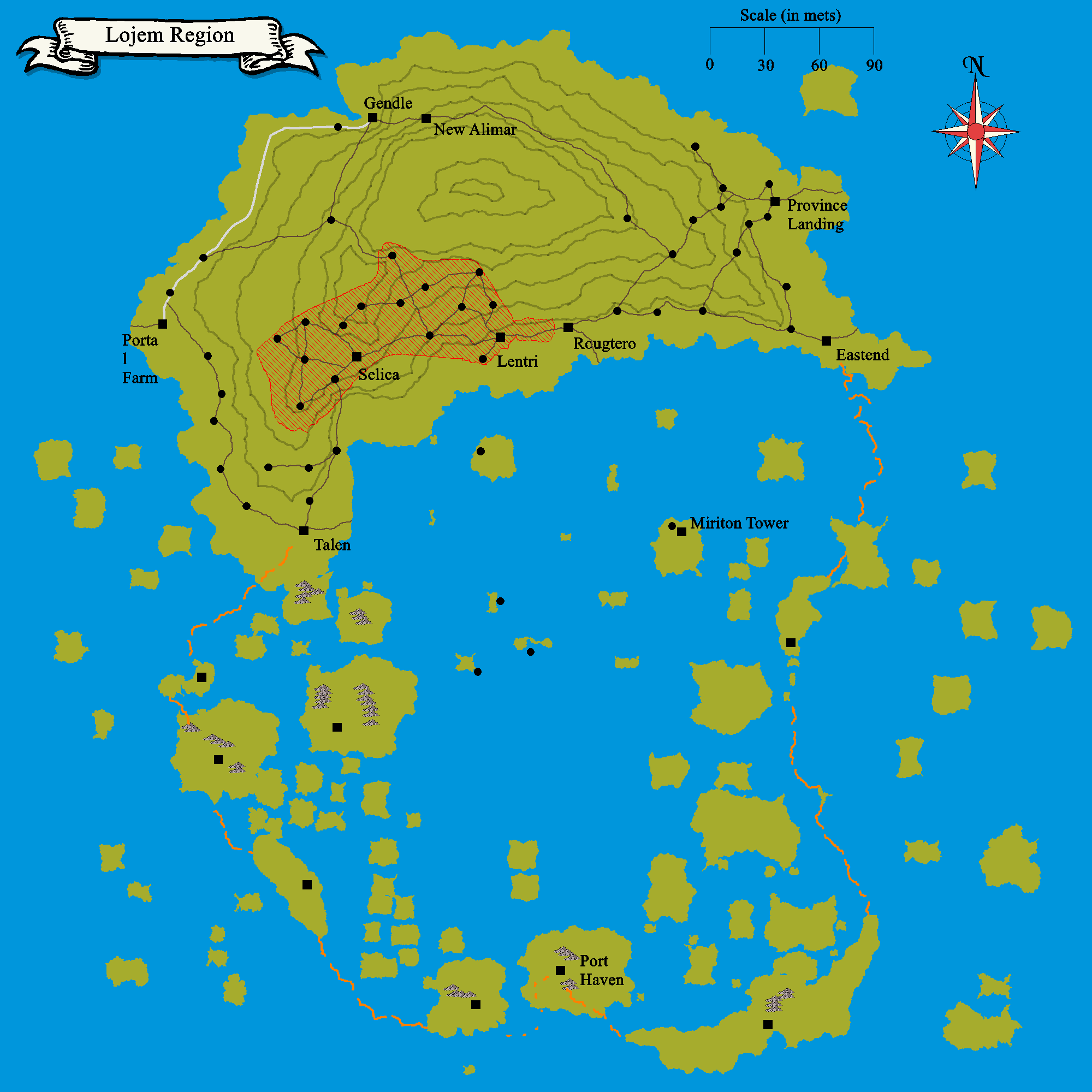 The Rhine Archipelago is located 2 months to the northeast of Lojem. Ageron is located 3 months to the south-southwest. Kratal is located 5 months either east or west, as it is nearly exaclty on the opposite side of Jaern.

Locations in the Lojem Region

Midnight's Rest - A new settlement founded on a small island just off the coast of Lojem.