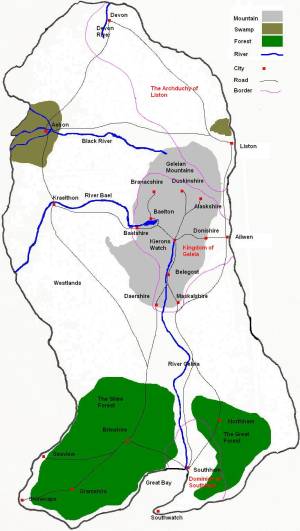 Elves are the majority race of Geleia, and are actually physically different from those of other islands. Their features have a much redder cast to them. Further they speak a much removed version of elvish, which elvish speakers of rank 9 or above can understand about 1 in 4 words.

There are 3 major realms within Geleia. The first is Southam which is ruled by the Merchant Lords and the Prelate. Next is The Kingdom of Geleia ruled by King Duncan MacDonald. Then finally there is Liston and its provinces which are ruled by the Barrit Family.