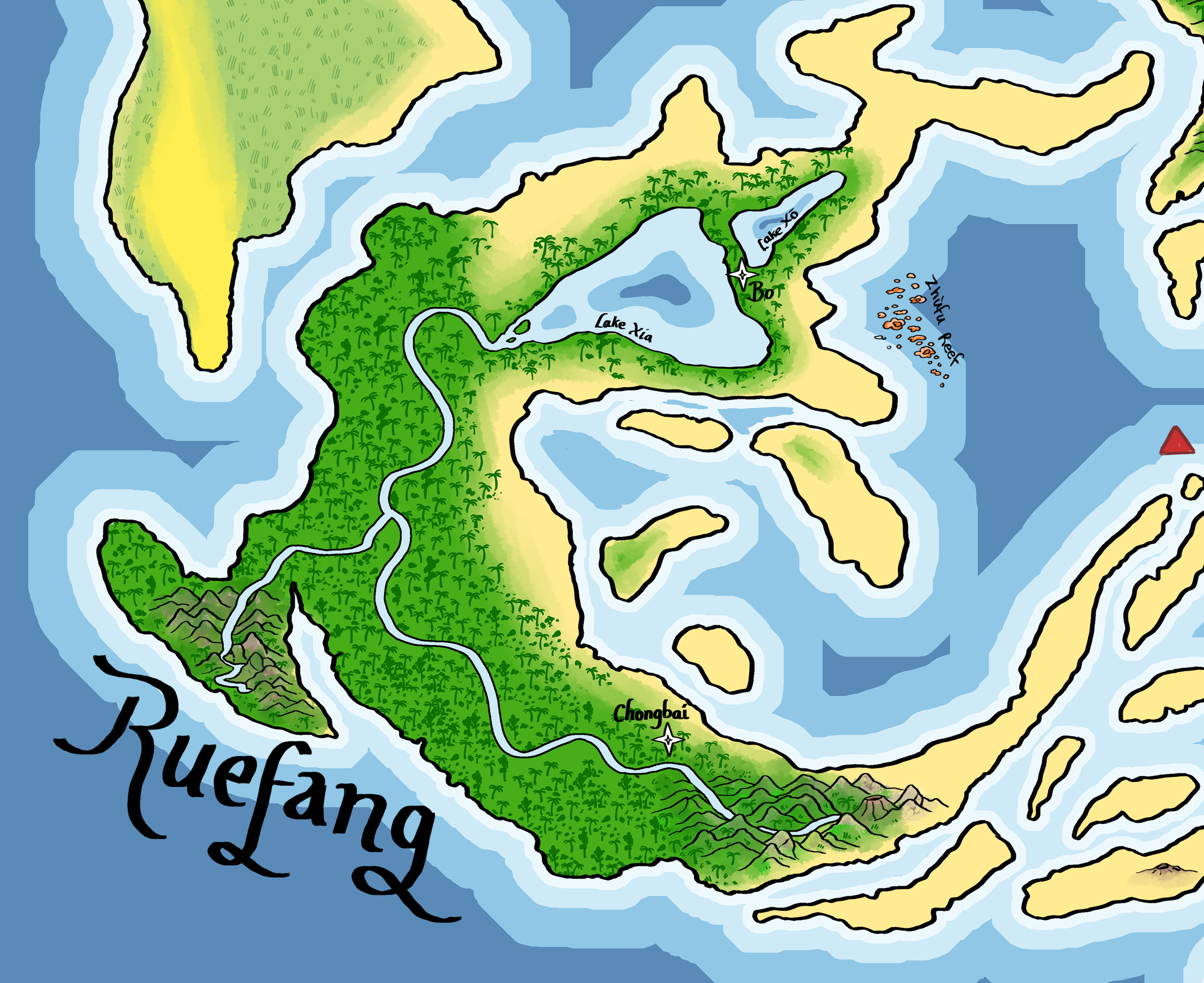 Ruefang features acres upon acres of tropical rainforest, as well as expansive seaside beaches. There are two large lakes in Ruefang: Lake Xía, the larger of the two to the west, and Lake Xō.

The people of Ruefang respect power above all, but believe that power comes with responsibility. The most powerful members occupy the council, responsible for keeping the peace and setting new laws if necessary. There are two major cities in Ruefang: Chongbai (the holy city and capital) and Bo (a large marketplace resting half above and half below water). There are only ever five people on the high council, to become a council member you must beat one in a duel. The current 5 council members are Larry Eukle, Lysander Draconfyre, Elia Smoothstone, Alec Nahrūli, and Viola Kim.

The country of Ruefang is home to the College of Mages and Language Arts, a famous university across Cahyali for their studies of the magical arts as well as various other secular subjects. They are primarily known for their advancements to the field of the primary elements and history of Cahyali. They are also known for their philosophers and academic writers.

Those found to be dishonorable will be put in their place, by anyone witnessing the unjust acts, or the council members themselves if they must.