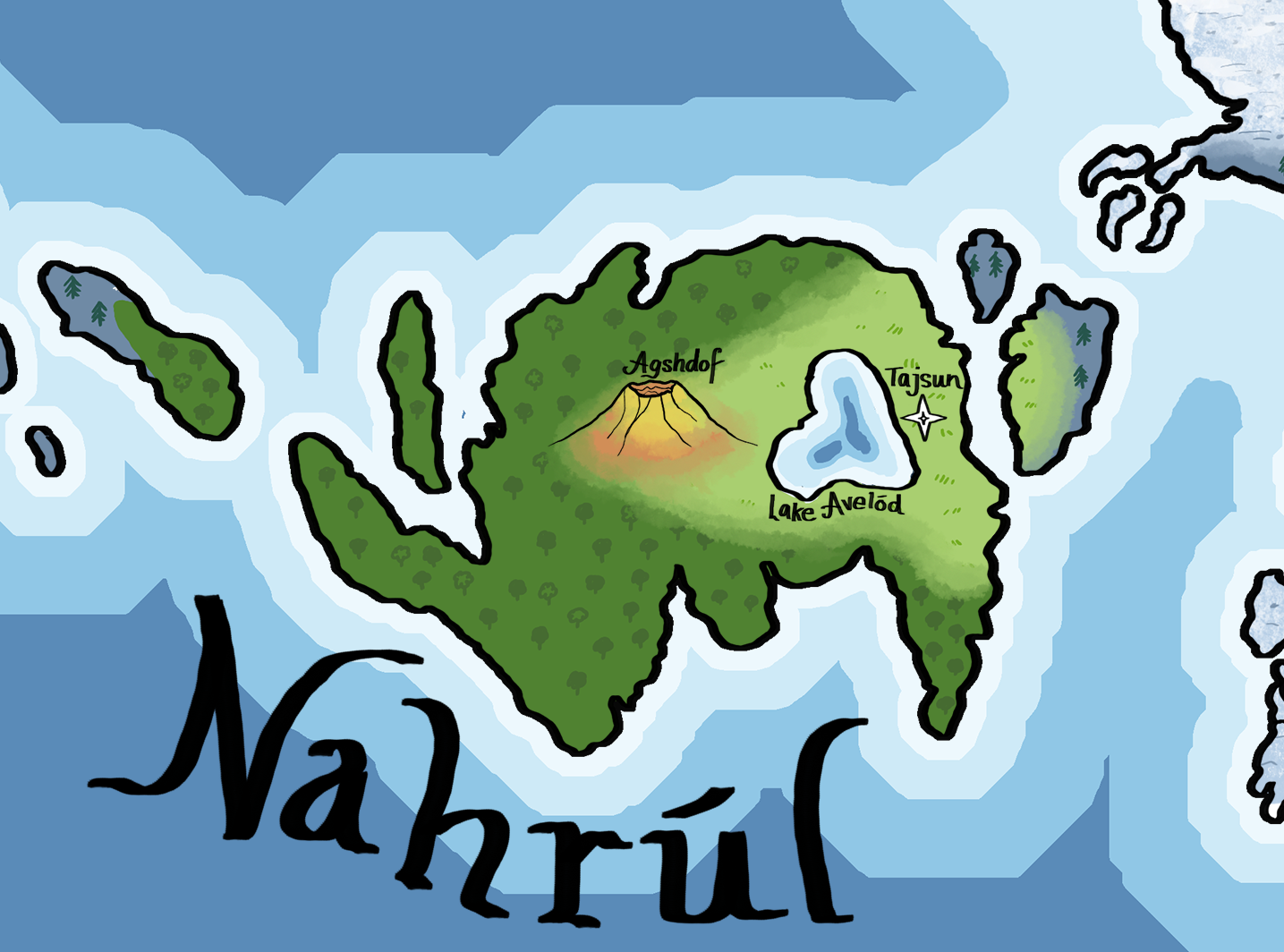 In the lush forests of Nahrūl, lies the holy city of Dawn priests, Tajsun. Led by their high priest Mazdak Nahrūli, they prioritize well-being over everything. Their communities are quite welcoming and generally forgiving. Lake Avelód is considered holy and all citizens, shortly after birth, are baptized within its waters. To the west of Lake Avelód, the dormant volcano of Agshdof stands. The medical centers in Nahrūl are the best in the world and will take on anyone in need of aid. This country has a close relationship with Pthora, and thus has a council of chosen elites from Pthora that advise Mazdak. The two nations are so close primarily from the closeness of their two leaders. Mazdak and Agnes have borne three children, their eldest Adam Agnesborn, Alec Nahrūli, and their youngest daughter Alyssa Agnesborn.

Terror of the Nightmare King

In the first half of the year 10078 SF, the continent of Nahrūl was enshrouded by a shroud of shadow and darkness, later discovered to have been caused by a Lord of Nightmares called Azeroth. Travel to and from the continent was nigh impossible, save for through the power of the divine. A journal of the events that occured in this period has been collected, from the point of view of a large group of adventurers, ultimately responsible for saving the continent.