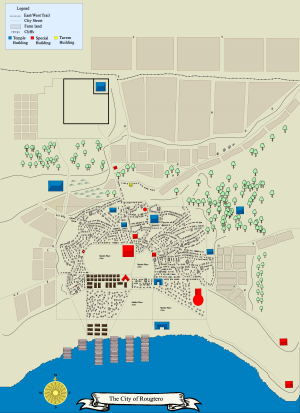 The temple of Isis offers free care and healing for the sick and freely accepts donations.

Just outside of the city on an elevated piece of land, the Sepulchre is the temple of the dead. It offers burial services for the recently passed and contains crypts for priests that pass on.